Every moment of our lives we are exposed to thousands of these substances. In fact, human-made toxins are so prevalent today that they are quite impossible to avoid. They enter our bodies with each breath, meal or drink we take, from the clothes and cosmetics we wear, in the things we encounter every day in our homes, at our workplaces, and while traveling.

The human body has the ability to tolerate certain amounts of incoming chemicals and process them out. Our cells naturally attempt to eliminate substances that are harmful or that cannot be used. Our bodies are not designed to deal with the unprecedented levels of these invasive chemicals that are accumulating in our tissues faster than our bodies can process and get rid of them. 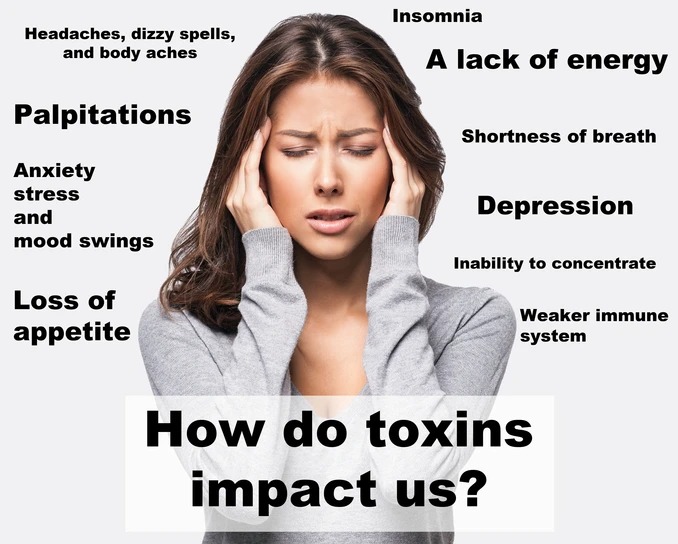 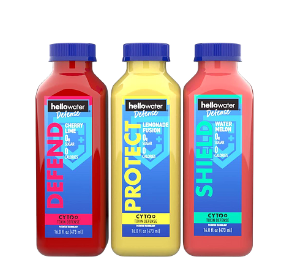 This is why you need hellowater® Defense Powered by CYTO +™.

Toxins are external chemicals that we may be exposed to at any time and anywhere, including processed foods, and even skin creams! Our bodies are constantly bombarded by such toxins. In fact, manufactured toxins are so prevalent today that they are impossible to avoid. They enter our bodies with each breath, meal or drink we take; through the clothes and cosmetics we wear; and surround us in the things we encounter every day in our homes, workplaces, playgrounds, gyms, and travel.

What is the effect of toxins on the human body?

The cells and tissues in the human body have the ability to tolerate certain amounts of chemicals and naturally eliminate those that are harmful or not used. However, the body may not be able to remove all of the invading chemicals.

Our bodies are not designed to deal with the unprecedented levels and types of harmful chemicals that are accumulating in our tissues.

When we cannot eliminate these toxins, some may build up and cause unhealthy and life-damaging conditions. They may inhibit our enzymes, so they don’t work properly. Others may displace structures that weaken bones, exacerbate organ dysfunction, modify metabolic expression, damage membranes, interfere with hormones, cause imbalances or otherwise reduce brain activity.

On a day-to-day basis, we simply do not feel as good as we should because toxins actually may make us feel poorly, lower our energy levels, and contribute to brain fog. How can we be at the top of our game when our bodies are stressed by this constant internal fight?

Chemical overload can cause a number of changes in your body. In the early stages, your body may try to expel those toxins by any means necessary. Some may experience rashes, diarrhea, sneezing, coughing, urination problems, sore throat, heartburn, nasal congestion, or vomiting. Others may notice changes in body odor, excessively oily skin, and fatigue as their bodies are overextended while attempting to purge surplus chemicals.

As the toxins gradually accumulate in your system, some people may find impairment to some of their faculties. Many experience fatigue, memory difficulties, sleep impairment, eczema, joint pain, pimples, depression, or disorientation.

How does our body deal with toxins?

The process of dealing with chemical invasion is xenobiotic metabolism.

Xenobiotics are absorbed across our system and eventually are shipped to our internal organs where they may be eliminated. Most often, the kidneys and the liver process them and, in their cells, the first line of defense is through Cytochrome P450 enzyme complexes (P450), which are among the most abundant enzymes in the human body. They are essential for the detoxification of xenobiotics and are critical to the body’s internal defense system. P450 is the Key Chemical Defense System that protects us from a wide variety of “attacks” by enabling the body to naturally identify and discharge everyday toxins.

However, P450 can be inhibited by foods such as grapefruit; beverages, like Earl Grey tea; air pollution, for example carbon monoxide; antifungals, in athletes’ foot preparations; cannabinoids, such as CBD and THC; and much more.

Such toxins often may not be eliminated by our bodies easily. However, inside of our cells, P450 is like a sentinel that identifies and gets rid of them as it guards against harm.

While this sounds complicated, it is actually simple and elegant. Even though some xenobiotics may be difficult to eliminate, P450 transforms them by inserting a singlet oxygen, thus making them more water soluble. Chemical processing reactions further prepare the compound to be eliminated through internal organs.

How do you supercharge your own Defense system?

hellowater® Defense Powered by CYTO +™ is patented. CYTO+ creates a shield against incoming toxins by working with and bolstering our primary chemical processing engine, P450. When you are stressed, hydration and beneficials are crucial for maintaining the health of your immune system.

hellowater® Defense Powered by CYTO+ is our crafted blend of electrolytes, vitamins, and beneficial botanicals that provides everyday support of your immune system. CYTO+ bolsters P450 to target and eliminate toxins in the body, in particular, those that have evaded the body’s natural defenses and taken up residence in your cells.

hellowater® Defense Powered by CYTO+ is not new, rather it is the most advanced state-of-the-art patented technology. It enlists the contribution of a combination of natural products to fortify the natural architecture of the enzyme complex by working in synergy with your bodies existing chemical defense systems. CYTO+ aligns our innate defense mechanisms.

We make our bodies stronger by recharging our natural defense mechanisms inside every cell. Inherently, our bodies have superb processing factories, so we work in synergy with our existing processes, rather than working against nature.

How does hellowater® Defense Powered by CYTO+ help?

CYTO+ boosts and recharges P450 making it more effective in transforming and eliminating toxins. It shores up the structure of P450 to improve natural metabolism.

The P450 workload is heavy and constant. It always needs recharging and replenishing, day and night. hellowater® Defense Powered by CYTO+ provides this replenishment. It helps keep the system operating at greater efficiency and therefore aids in removing more of the harmful chemicals that we are exposed to constantly.

What is the end result of drinking hellowater® Defense Powered by CYTO+?

The body is healthier when it has less toxins residing in it. You simply feel better when you are under less stress.  You have more energy and that gives you a higher degree of clarity and focus. You can feel the difference and, indeed in many cases, see the difference. As more toxins are eliminated from the body, your urine will actually turn more yellow. It’s tough to describe, but you’ll know it when you are smiling in the mirror.  You feel like a weight has been lifted off your shoulders.

You may not have known that you were chemically stressed, but after CYTO+, it will be no wonder why you feel so uplifted. You don’t know how well you should feel until you actually do!

How quickly does hellowater® Defense Powered by CYTO+ take to start working?

You’ll feel refreshed within an hour, and by the end of the week, you’ll be marvelous.

How long does hellowater® Defense Powered by CYTO+ last?

Approximately a week, but everybody is different, so have a couple of bottles a day.

When should I drink hellowater® Defense Powered by CYTO+?

We suggest drinking hellowater® Defense Powered by CYTO+, each morning and night; and especially, if you have recently introduced more toxins than normal. For example, take CYTO+  before and after drinking alcohol, consuming processed foods, being in a stressful situation, or having been exposed to environmental pollution.

Who are you and why should I trust you?

hellowater® Defense Powered by CYTO +™ was developed by a team of scientists at Brandt, led by Chief Science Officer Dr. Art Nonomura.  Brandt and hellowater are companies that share core values, both striving to benefit the people of the world.  Currently, Art is the Corporate Fellow of hellowater® and, previously, he has collaborated on rigorous scientific investigations with Nobel Laureate Melvin Calvin and Ernest Orlando Lawrence Laureate Andrew A. Benson. Moreover, he and the Brandt team have published peer-reviewed scientific journal articles; while Art has authored books, chapters, and educational posters. He holds degrees from University of California, Berkeley; and he had served as a Fellow in the School of Medicine, University of California, San Francisco.

Dr Nonomura and hellowater® patents are issued for Cytochrome P450 Enzyme Complexes and Methods of Treatment Using the Same.

“Cytochrome P450 enzyme complexes are among the most abundant in the human body. They are essential for the detoxification of foreign chemicals, metabolism of many medications and critical to the body’s internal defense system. There are thousands of clinical investigations related to Cytochrome P450, as the foundation for development of new drugs.”

“We have built hellowater® Defense Powered by CYTO +™ to work in synergy with our bodies naturally evolved processes and mechanisms. We have targeted the architecture of the Cytochrome P450 enzyme complex to assist in the body’s chemical defense system to both recognize and process out harmful xenobiotics (toxins).”

what people are saying...

I bought this product based on the FIVE star reviews. Well I’m only sorry that I couldn’t rate it HIGHER. I would definitely rate it a TEN!! This a delicious product and I wish they would sell HELLO Water in the stores…

I’m not kidding when I say I’m a water snob. You can ask anyone who knows me I’m picky !! This water tastes great.

This water is light and refreshing! If you don’t normally like to drink water because it’s tasteless, well now there is a water that tastes like a hint of fruit juice. 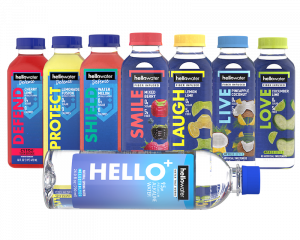